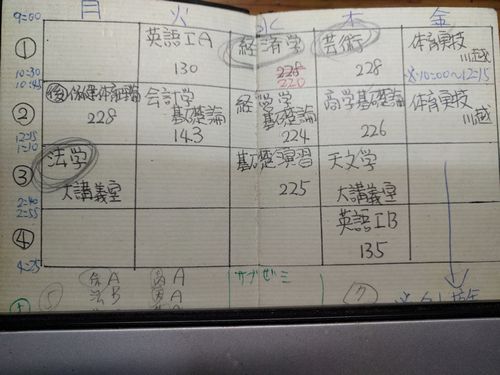 Anyway, absolutely young. So there is plenty of time.

I can dream a lot.

It may be a grace period before a long voyage from now on, but enjoy it every day!

How did you do on your 20th birthday?

I pulled out my notebook.

I ate a meal with her at that time and sent it on the last train. (Healthy. It looks like she has n’t etched.)

The store seems to be still there. There is no memory.

It was nice to send it, but I couldn’t go home and walked home.

Since there was no smartphone at that time (more than 30 years ago), I didn’t know the road, and there was a person who was washing the dump truck at midnight and asked for the road.

I was told that “ It’s far away ” but I was drunk and I was really upset, when I walked 6 minutes at the station, the dump followed me with my own car and sent it to the nearest station He gave me.

Corolla FX-GT came four months later. The range of action has expanded since the car arrived.

When I am in the same age as my children, I sometimes remember what I did.

I want you to make a magnificent story from now on.

It’s a wonderful story that doesn’t have any books or movies you’ve read.

I went to visit my son’s class

Above is a part from my introduction corner that was pasted in the classroom (written by my son) It ’s not like “he ’...

I feel that small habits are important today

It's been a long time since I didn't write a blog. It has not been written since December 2 last year. Other people'...

The chilly days continued, but when I went to Seven-Eleven, I bought a new Coca-Cola peach that was on sale. The scen...

Our grave is in the metropolitan Yabashira cemetery It's a cemetery in Tokyo, but it's a short drive from the office ...

How to make colorless color with FRIXION BALL

FRIXION BALL (friction ball) The color disappears when you rub with the rubber on the top of the pen. How about this?...