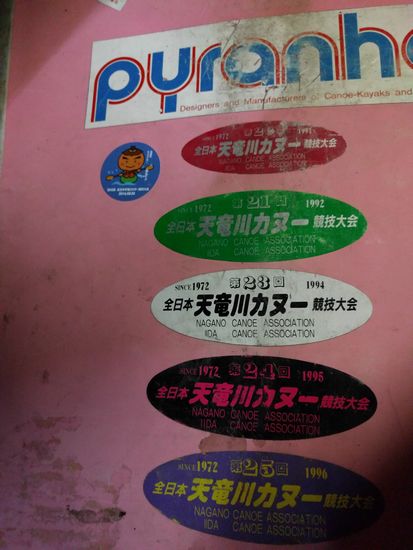 I first came out when I was in high school.

After that, from the middle of my twenties to the fifth year in a row, it has been far away.

This time, there were 3 participants due to various delays. One person cheered for the skill of words.

A typhoon was approaching.

If it was a little late at 2am on Friday night at Komagatake SA gathering on Chuo Expressway, the banquet had already started.

So when I slept in each car, it became a downpour.

I woke up early, but I was bald with heavy rain.

Naturally, if it rains a lot, the amount of water increases.

Although the Tenryu River is wide, there are many large rivers (there are many Nagatoro Kotaki waterfalls), and if you sink and swim, you don’t know how far it will flow.

Even if you sink in a canoe in a mikoshi or a long coral and swim, there is a melting ground (a place where the flow is gentle) after a rapid stream, so you can reach the shore by yourself, but the Tenryu River is really fast. And because there is no rocky shore (perhaps because the flow is so fast that large rocks cannot stay), the flow is fast even near the shore.

This year, it was a real practice with only one practice, so I thought it would be worse if there was more water than the last six times. (It was okay to break up here)

When I went to the river while thinking, the clear sky spread.

The mood changes when it is clear.

It was okay if the amount of water was just perfect.

So, after just practicing one, go to the Onsenkan and buy it.

In the image below, there are a lot of cars stopped, but we were the only ones who were camping here. No one is gone.

Because the typhoon is approaching. 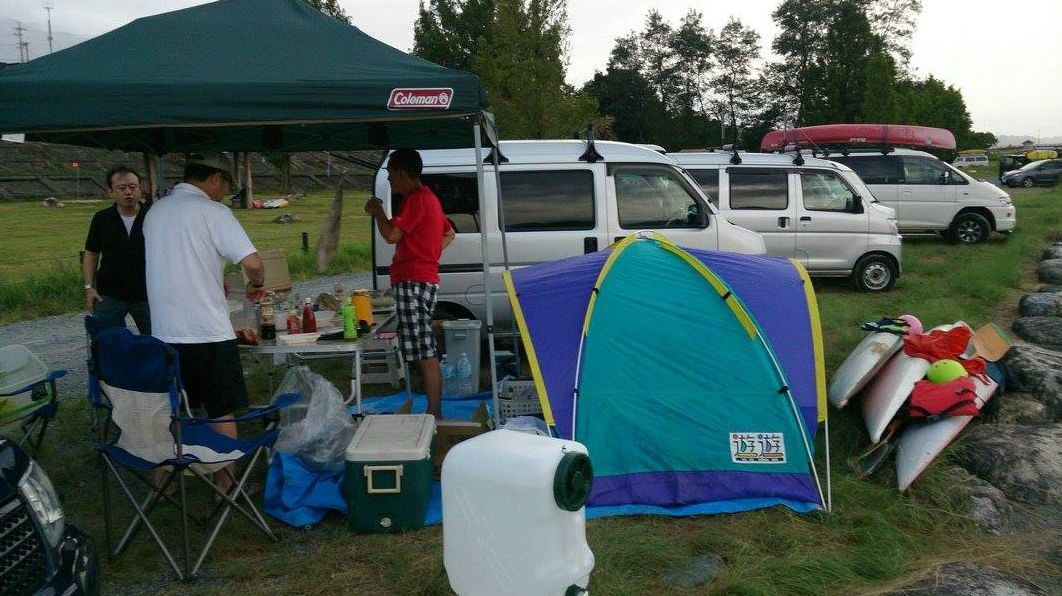 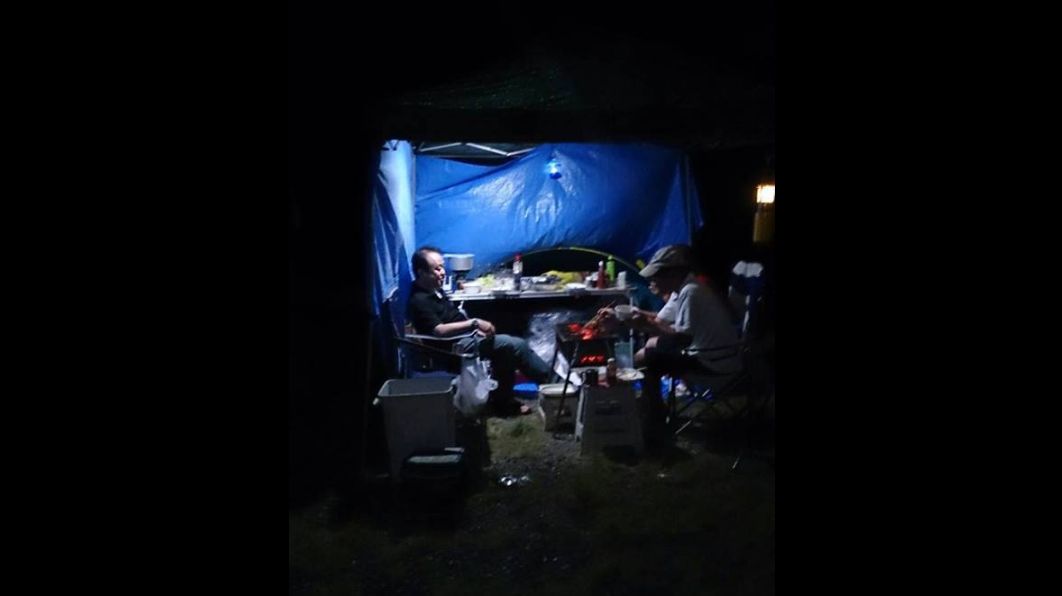 At night, it gets off as expected.

I thought it was good to use this time because the wind and rain were strong, so even if I fixed the tarpaulin that Onishi came in, it was a square, so the space was not narrowed.

The banquet is all left-handed. Three of them were already presbyopic, so it was difficult to see the smartphone screen at night.

It’s nice to be able to play like this for 35 years since the first Tenryu.

The day of the race was sunny.

Onishi is Canadian and is in 3rd place. (He is my junior first grader and went out with zero practice this year. Active in the first half of the marathon victory.)

I and Koga had various results (especially me) but it was fun.

After all canoeing is done with pecans.

What I felt most about this time is that it was natural but I was getting older.

The deep liquor the day before the race always suffers damage and doesn’t do any aerobic exercise at all.

There will be no years in which you can enter the race.

I just don’t want to drown and die.

If you do not practice with a lot of practice, lose and cry, you will be in danger. 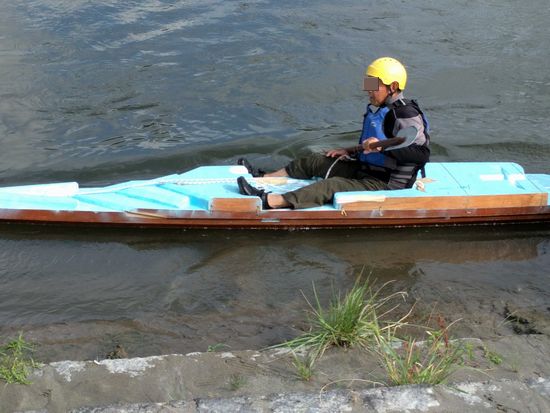 The person with the most impact I met this time.

You can make your own canoe and paddle. It is not a cockpit.

I often think that if Dad is sitting high, he will not break up the waves that hit his head.

The practice went down three times the day before. (My wife is a porter and photographer)

It takes a little more than an hour to go down once (just 12 kilometers away), so it’s a lot of strength.

This gardener is their future mirror.

No, it must be a mirror

If you don’t play seriously, you’ll get older at an accelerated rate than your real age.

During the barbecue, mountain climbing was done in autumn and skiing was planned in winter, but this must be realized one by one.

It may not be possible to resist hair, but physical strength will only age if you do not continue to resist the real age.

Sotaro goes on an expedition in 3 days and 4 days from today to participate in the “All Japan Junior Soft Tennis Tourn...

What makes you feel old is the individual. Somewhere in the body hurts, or fine characters are hard to see. Bald, ba...

My daughter's LINE sticker has been uploaded! ! I applied a long time ago, but after that there was no sound, and it wa...

Merry Christmas! One day earlier, yesterday we had a hand-rolled sushi party with children After all, there were few ...
Backup is important. If possible, it is better to automate
Employment or employment
ホーム
blog(English)