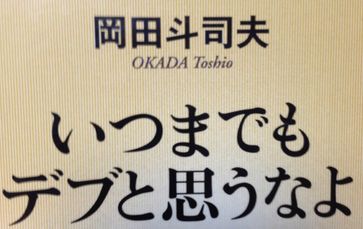 Toshio Okada’s book is an e-book, and I read “Smart Note that makes you a genius”.

This book I got a few months ago, trying to read other works if I like it for the first time.

Okada said he succeeded in losing weight from 117 kg to 67 kg on a recording diet in one year.

In “Smart notebook to make you a genius”, it states as follows

In 2007, I put a record of 530,000 copies in a diet book that says “Don’t be fat” forever.
This number is the biggest hit in Japanese publishing for diet books, and over 1 million copies of all other recording and diet books I wrote.
The recording diet continues to be one of the top three popular when magazines and TVs still feature dieting specials. In other words, it is a diet method that does not become old.
I wonder why?
That’s because the recording diet method has many successes, that is, “it is easy to produce results”

The first step is to record everything you eat. Also record your weight daily.

There are no restrictions on what you eat at this stage. You can eat anything

The second stage calculates the calories of what you eat. Keep a record of body fat percentage.

The third stage keeps the caloric intake per day within a certain range.

If you have one notebook, you can start a recording diet, so why not try it?

It was about 2 days but I took a record. It’s natural that you can’t lose weight by trying to write calories as much as you can.

I felt that it was quite difficult to keep it within the range of basal metabolism (1500 kilocalories at my age).

By the way, Toshio Okada’s height is the same as me

Tomorrow there will be an announcement of my son's high school entrance exam Exam 9 January It was still in winter vac...

The chilly days continued, but when I went to Seven-Eleven, I bought a new Coca-Cola peach that was on sale. The scen...

If the tomato breaks, you can make a meal.

I read Keiichiro Hirano’s “At the end of Matinee”

Finished reading Keiichiro Hirano's “At the end of Matinee”. This is a story about five and a half years after the me...

Yesterday was my daughter's 18th birthday I didn't have time to buy a birthday cake so I ordered my daughter and aske...

Lunch box 6 for my son

Speaking of which, I forgot to give my father’s day present from my daughter
Son lunch box stewed hamburger
ホーム
ブログ