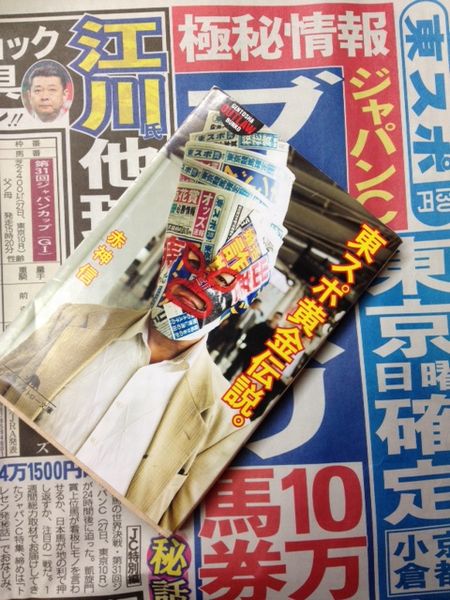 Sports newspapers released in the evening as well as Nikkan Gendai and evening Fuji and other tabloid magazines.

Such things are divided into those who read and those who do not read.

I’ll never read my younger brother next to my desk

This book is pretty interesting!

The 40s when I was born were hot

On the back cover, “Do n’t take anything back!”

“It does n’t matter if Yukio Mishima died. One side should be Baba ’s bloodshed.”

Tokyo Sports Shimbun, which has been loved by many readers and has made rapid progress based on its amazing editing policy.

An epic and wild story of reporters who joined the golden age in the early Showa 40s and wrote down legendary stories that are still handed down.

Jim Rogers says it ’s North Korea if you can invest! “Reading with the Flow of Money: The Future of Japan and the World” PHP New Book

Congratulations on your graduation

I made a donut from my daughter for the first time, so I got a phone call to eat when I got home. Immediately sent an i...

How to make colorless color with FRIXION BALL

FRIXION BALL (friction ball) The color disappears when you rub with the rubber on the top of the pen. How about this?...