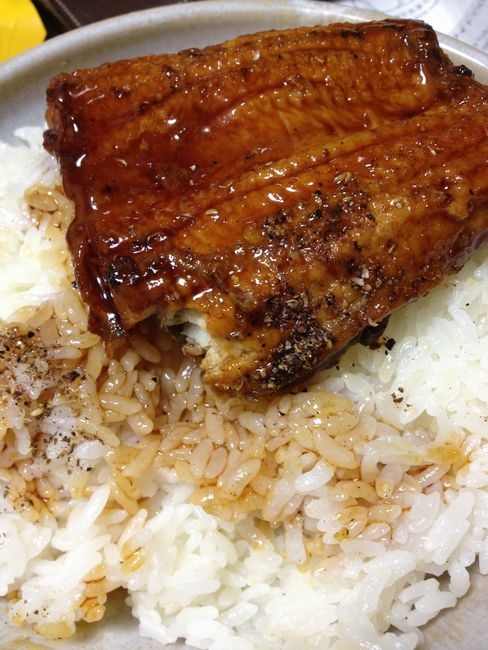 The morning of the day of February 24 is a habit.

Last year, when Kasumi was back in the marathon, he left the house after eating a candy in the morning.

It ’s getting expensive. 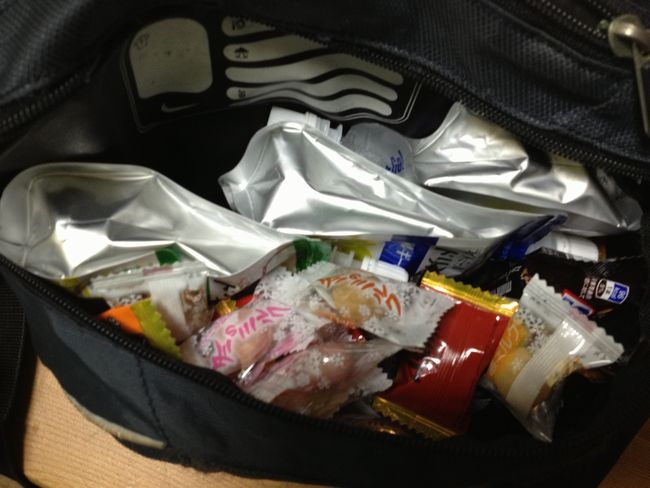 Full of candy and snickers on the waist pouch. Two drinks are the same as Weider in energy and ion. Ion is easier to drink because it has more water.

In conclusion, Snickers took it last time, but did not touch it as before. I didn’t feel like eating while driving.

I didn’t need candy like this. When I opened my mouth, the candy didn’t melt easily.

After examining it, I was running around 3 times 5 hours 20 minutes. However, this time I didn’t practice too much (I ended up running about 4 times this year), and after I slept with the flu in the 2nd week in February, it wasn’t going to work, so I wanted to finish it anyway

I slept the day before after midnight. And I got up at 5am.

I left home before 6 o’clock. I went to Meiji Jingu Mae on the Chiyoda Line to make up for the lack of sleep by sitting on the train. (Because it can sleep for 50 minutes)

When you get on the Yamanote Line in Harajuku, you ’re almost all of them.

You’re probably already wearing a shirt with your shoes on it, probably with a bib. If this is the case, the dressing time is 1 minute.

This is jeans and shoes are not running shoes. . .

If you go down Shinjuku after 7 o’clock, you already have runners.

When I changed my clothes, I thought that the basic marathon was short-sleeved T-shirts and shorts.

Looking around, there was no short-sleeved T-shirt and no shorts.

Tights below, long sleeves above

I don’t have tights since I was wearing a kindergarten, but what kind of comfort is it?

Then leave your luggage and go to pee. If you do not choose a place, you will have to wait

When I waited for about an hour at the starting position (behind it, turn right at a distance to get to the starting point), I wanted to go to pee again. It must have been cold because it was too cold. I ended up waiting and waiting. (This was also a failure. I had time to line up, so I should have done it again.)

It took about 15 minutes to start and pass the start position. Well this is good because it can’t be helped. (That’s why I only want to see competitions that measure with IC chips.)

I’ve been thinking about peeing since I started running. (I wanted to run while thinking something nicer …)

If you take a toilet break once, you will lose about 15 minutes. If you think about it, you really want to take No-Pit strategy.

It can only sweat.

Concentrate on sweating without taking up to 10 kg

The 10km point is around Hibiya Park, and from there it goes 5km to Shinagawa Station and returns to 20km, but I was only thinking about pee while running.

When the toilet signboard came out, I was sure to see how long they were lined up and, if there were few, I was ready to pit.

At the 20km point, I thought “Here!” (Kilometer 6 minutes 54 seconds until this point)

At this time, I thought it would be quite hard to run while keeping hydration at the water supply point. Then it’s almost half of the rest, and the rest is an all-you-can-eat amino value and tap water in Tokyo.

The toilet time was 7 minutes 30 seconds. This was shorter than planned.

Between refreshing and light running. Both feet started to stretch.

Pace down when entering Ginza

It was hard from here

This course has two turns.

The second is a round trip from Ginza to Asakusa.

The first round-trip is still unreasonable, so I managed to do it, but the second round-trip was really bad. (Speaking of that, it was the same when I ran the last time. The last time I was miso around Asakusa)

What is unpleasant, when I head for Asakusa from Wako, I’m running 20 kilometers. Looking at the other side, it was a 33-kilometer sign. If you look at that, it will be messy.

I thought seriously, “I want to ride a rescue bus …” It is not good to participate without practicing.

After this, just put your feet forward to the goal. It ’s like walking.

Although I made a goal, I didn’t feel a sense of accomplishment.

I had a hard time getting down the stairs after dawning overnight, but it wasn’t.

If you are kicking the ground to the end, you will not be able to walk the next day due to the strain on your feet.

I want to do my best again. At 30, I thought it wouldn’t be a matter of turning 4 hours at the first marathon 4 hours and 8 minutes. I’m far away now, but I would like to challenge the marathon again next year’s Kasumi!

Finally, the cheering of the people along the road will push your back. Thank you!

Volunteers, you were able to enjoy and run safely thanks to you.

Runner who sang again and again with Yuzu’s glory bridge on the guitar. 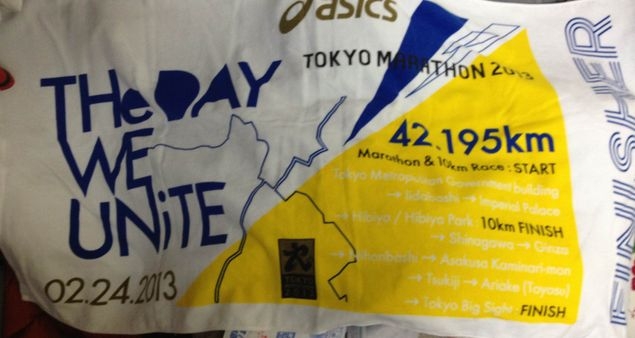 If it is a little larger, it can be used to change pants.
If it is this size, it looks like Moro. 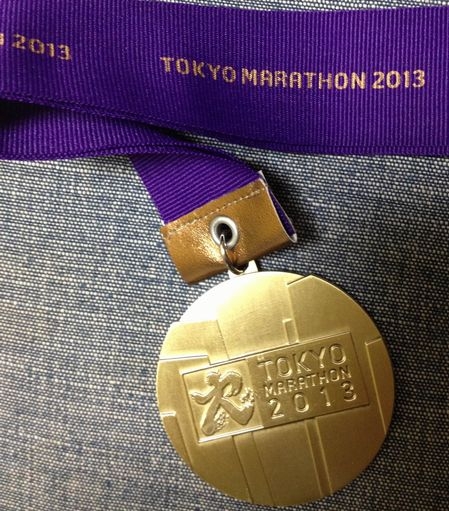 The other day was my daughter's 20th birthday The cake was bought by my mother this time without any special celebrat...

I was watching a game yesterday and at this level (I started playing tennis after I entered junior high school), it se...

The book I read the most times, Kenichi Horie “Pacific alone”

The end of Takahiko Soejima’s “gold and dollar system”

This is a stewed hamburger But is it always okay with such a small lunch box? Principal 180cm 63kg too skinny!