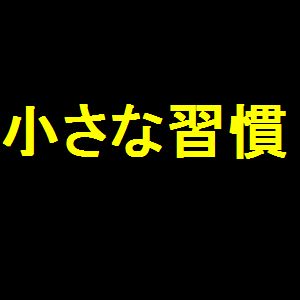 It’s been a long time since I didn’t write a blog.

It has not been written since December 2 last year.

Other people’s blogs are registered and read on feedly.com, but about 250 blogs have been registered, updates over 50 blogs have already stopped, and even blogs that have been updated are significantly less frequent There are many.

Did you die even after blogging?

If you think so, those who keep daily updates and 3 posts a week are really amazing.

What is the difference between this and whether it is customary to write a blog?

“I feel bad if I don’t write” (I forgot everything)

You can do it naturally without being conscious of it.

It is not so customary, so it is not possible.

There are many things that were written halfway and saved as drafts. I usually forget to continue this way.

A few exercises are necessary to write so as to breathe

Physical fitness is the most effective in customizing

I have completed the last five full marathons, but the only thing I really practiced was the first marathon.

After that, run a few 17km just before the race.

However, this is no longer able to be eaten annually.

The last marathon was abandoned because 17km was much longer than expected when entered several years ago.

It’s not suitable for people who run several kilometers every day.

A person about 30 above you will pass over you.

I want to make one small habit of writing a blog.

If you can keep many small habits, it becomes a big habit.

That was the speech

Always on the way

There is a road that goes by car almost every day. How many years ago? Flowers can now be directed to the telephone pol...

Sotaro made French toast after a long time The image above shows the wreckage.

What makes you feel old is the individual. Somewhere in the body hurts, or fine characters are hard to see. Bald, ba...

Success is abandoned in a day Tadashi Yanai

Today, I went to eat ramen until the station, and my sister suddenly wanted to make a cake, so I just cut strawberries o...
Youth! This is a must-read. Ryu Murakami “All men are consumables.”
Daughter’s first driving manual for beginners
ホーム
blog(English)