The first time I participated in the Tenryu River Canoeing competition was in the second year of high school 37 years ago.

I have been in Tenryu 6 years in my 20s and 50s in the last 4 years, but I have been able to support the race since 3 years ago.

During this competition, a participant’s fatal accident occurred.

I would like to express my heartfelt condolences to the families of the athletes who passed away.

According to the local residents who watched the rescue work and the Tenryu Boat Descent who operates the Tenryu River Descent who cooperated with the rescue, a participant who had a lifesaving qualification behind Terada rescued Kawahara. I had artificial respiration and heart massage with other people. Terada, who was in an unconscious state, was carried on a rescue ship down the Tenryu boat to a nearby port, and transported to the hospital by ambulance.

The seventies man who watched the rescue operation said, “It was a noisy atmosphere with other canoe heading to the rescue from the downstream and artificial respiration in the canoe.”

According to a man who has experienced canoeing, it is difficult to make a curve just before the capsize site, and it flows along the torrent gorge, but the flow is slow around the site. According to Takamori Town, safety measures have been taken, such as six water rescues in the Soryu Gorge, and Mr. Terada appears to have capsized after passing through the same place.

Explain the accident as much as you can 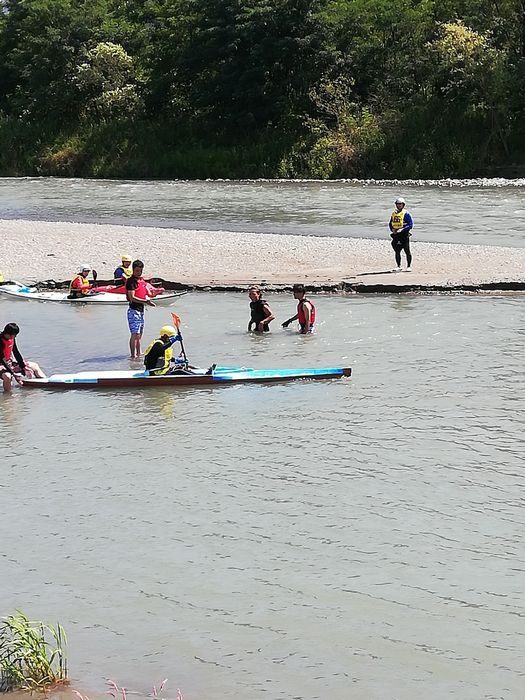 Start one boat at one minute intervals

The above video is a senior high school junior Onishi. I’m shooting at the river just after the start. The deceased player passed 2 minutes ago. I was watching from the first person, but there was no player with strange behavior here.

After taking a picture of Koga, a high school classmate, I went to the bridge just before the goal. 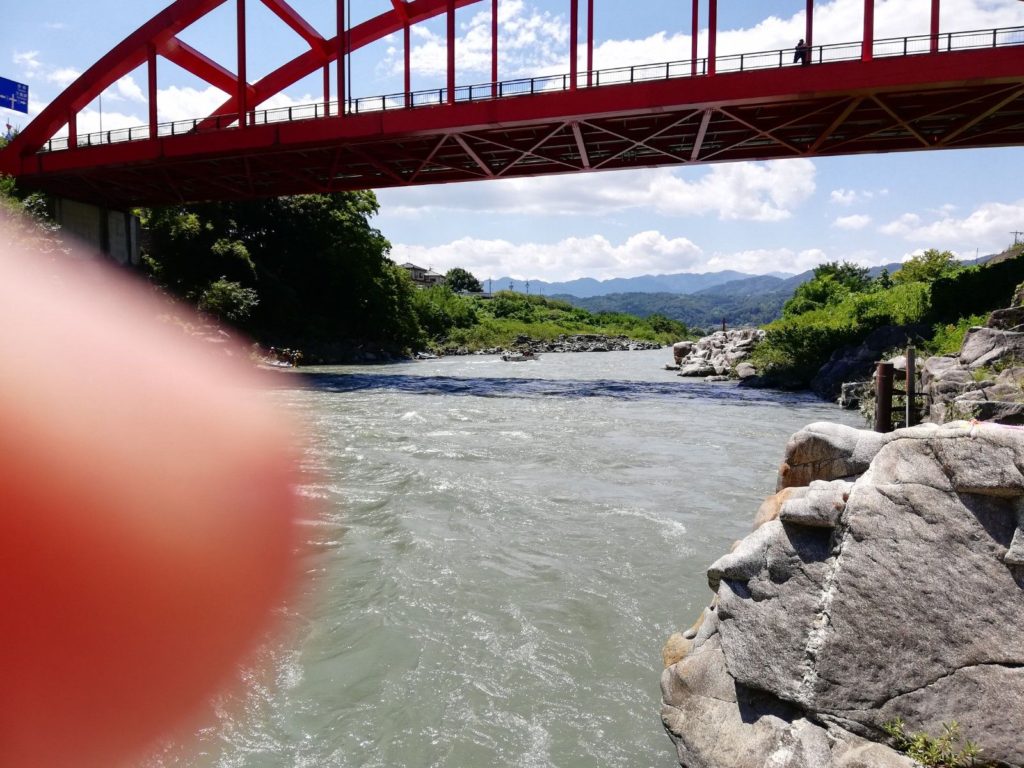 I went to the upstream side of the bridge on the right bank (Tenryu Boat Down, Tokimata Port side) as seen from the upstream of the Tenryu River just before the goal.

At this time, as shown in the image above, I confirmed that there were 5 or 6 players on the left bank side of the bridge, but I thought that they were draining the sunken canoe. .

Even after seeing the ship with the engine in the image above crossed from the right bank to the left bank, I thought it would be to carry a canoe with a player who couldn’t finish because the canoe was damaged, but the image (from the left bank to the right bank) On the way to), it was small and could not be confirmed, but I knew that some accident occurred because I could see that I was doing lifesaving activities on the ship. 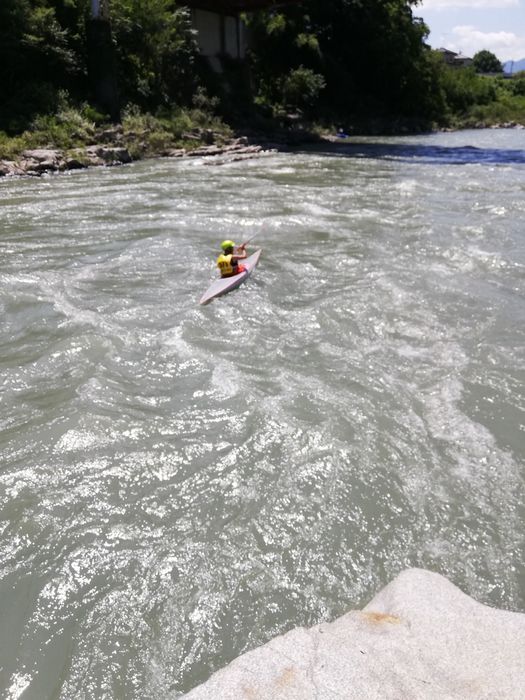 The above image is in front of Koga’s goal, but even at this point, the player or rescuer is shown on the left bank.

There is the biggest difficulty in the race called Goryukyo, which is several hundred meters upstream where the photograph is taken. However, according to the Chunichi Shimbun newspaper, after passing through the rescue of 6 people, it cannot sink from the canoe. It seems to have died.

There is one more troublesome place when you pass through the big stream of Soryu Gorge. There is a stream of water that springs up from the bottom of the river, and if a canoe head enters here, the canoe stops suddenly or suddenly starts turning. At this time, it is thought that the balance has been lost and subsided (captured).

The reason for not being able to escape from the canoe is unknown. The canoe covers the cockpit with a spray cover to prevent water from entering. Depending on the material, it may be quite tight, but it usually slips out when it is sunk (capsized) or pulls the handle on the spray cover to escape from the canoe. The fact that I couldn’t leave was losing consciousness at the time of sinking. Or it may be that the handle of the spray cover has come off and could not escape (it is just a guess).

According to the explanation of Takamori Town and Nagao Terucho, Nagano after the fatal accident, the future holding is unknown or may be canceled at this time.

Rescue work of the canoe competition is mainly for those who have sunk (capsized) and escaped from the canoe, and the canoe body and paddle collection.

I think it was an unexpected accident that I couldn’t escape from the canoe and was swept away.

But the accident has happened. Once you get up, it is not “unexpected”.

Future canoe rescues must also be “as expected” to help those who cannot escape from the canoe.

I think that it is difficult to say that it can be rescued throughout the course because it is a long-distance race.

The basics are self-rescue that protects one’s own life.

It is a proposal based on this

1. A boat with an engine or a two-seater jet ski rescue is deployed under the Garyu Gorge. Rescue with a ship operator and a person with scuba equipment

While I was watching near the bridge before the goal, four or five boats sunk and flowed. After all, Soryu Gorge is a difficult place, and jet skiing seems to be possible, so priority security

2 Pre-study practice session once a month from early spring

3 Those who are not completely confident are allowed to go down with their spouse.

If there is a person who will be accompanied, you can respond even if you sink in a place where there is no rescue

4 All rescuers have mobile phones

5 Aside from the entered players, rescue can be lowered from the start at intervals of 15-20 minutes

For safety confirmation of the entire course

6 Make a self-assessment as to whether you are advanced, intermediate, inferior or beginner at the time of application

The starting order is not the order of acceptance, but the order of top, middle and bottom. Enables mutual rescue between athletes by preventing junior or beginners from starting continuously

I saw Shin Godzilla and realized that what I lost as an adult was imagination.

I knew Nobukazu Kuriki's Everest Challenge in the CM of AbemaTV. (Although you can only see Shogi, there are some commer...